In this article I’m returning to one of the original themes of this blog: Millennials. While the content that you’ll find here covers a wide range of issues in destination marketing and management, I’ve always aimed to give readers a fresh perspective on Millennial consumers and their travel habits. It’s one of the reasons I started this blog in the first place. I had a background in youth travel and global tourism trends, so when I set up my own research company (Gen C Traveller), I wanted to help people understand why the Millennial generation in particular was different.

Several years ago, things we take for granted now were slowly starting to become more prolific; smartphone use was growing, hipster beards, bicycles and craft beers were appearing in edgy neighbourhoods, and travel planning and exploration was rapidly shifting online. These trends have only continued to become more visible (for better or for worse, particularly the beards), and many journalists and industry commentators rushed to herald the era of the Millennial.

I concentrated on writing reports and practical guides that purposely avoided making vapid observations, and instead concentrated on giving evidence-based conclusions and practical recommendations to those working in travel PR and marketing. I’m pleased to say that this approach has me in demand as a speaker and a writer, and I’ve enjoyed the opportunity to articulate the influence that younger generations are having on the tourism industry as a whole.

Most recently I’ve focussed on one segment in particular; the LGBT consumers as I have authored the Second Global Report on LGBT Tourism which was released in May this year (more info and free download). In that report, I describe how changing traveller behaviour and a shift in social attitudes towards LGBT acceptance is shaking up the market, causing destinations and travel brands to rethink the way that they approach LGBT Millennials in particular.

There is no doubt then, that Millennials’ changing attitudes and approach to travel planning and booking have shaken up some corners of the travel industry. Besides, it’s natural that as Millennials grow older, have children of their own acquire greater wealth, those responsible for marketing and product development will pay closer attention to their travel preferences. However sometimes it’s worth asking to what extent hotel refits, new restaurant concepts and now even the creation of a dedicated airline can be attributed directly to Millennials, versus the process of renewal that businesses go through or where they’re required to adapt to market pressure.

The eye-catching news of the launch of a new airline, JOON is a perfect example. At the end of July Air France announced the launch of JOON, an offshoot airline launched to serve the 18-35 market. According to Air France Joon is not a low-cost carrier, instead, it’s designed to be a boutique lifestyle-centric brand focused on design and digital technology. “With Joon, we have created a young and connected brand that will give the Group a new impetus,” Air France EVP brand and communications, Dominique Wood said in a statement. “The business is “entirely designed” to win over millennial-generation customers whose lives revolve around digital technology”.

At first sight, for those of us who have long been keen to educate the travel industry about the consumer preferences of this market, the creation of a dedicated airline might seem like the ultimate vindication. There is no doubt some justification of Air France’s tilt towards tech use. They’ve also recognised, correctly, that this younger audience tends to see travel companies as another lifestyle brand, much like a music or fashion label (check out the video):

So why didn’t Air France make a firm pitch towards Millennial travellers using its own brand? Why did it go to the bother of setting up an entirely new airline in order to reach this particular age group? After all, Air France-KLM is one of Europe’s largest airline groups with an extensive route network and solid reputation (for going on strike).

The truth of course, lies behind the tectonic shift that is occurring in long haul, low-cost 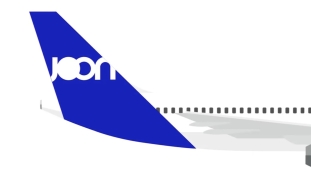 travel. Against a backdrop of years of heavy losses, Air France is scrambling urgently for ways to lower its workforce costs and make a better profit on existing routes. Above all, they’ve been forced to start competing with the likes of Eurowings, Level, Norwegian and Wow.

For me, Air France’s decision to make this change by pointing at a specific generation, demonstrates how Millennials have come to personify change in the travel industry. Of course passengers of all ages will be able to fly JOON, if and when it takes off. They won’t be shut out, unlike those passengers aged 46 and above who wish to cruise Europe’s rivers with U by Uniworld.

Thus, in the end, the launch of this new airline has more to do with systemic change than the pressing need to furnish the travel needs of a particular generation. While it’s true that Millennials have, without doubt forced some companies to think differently, my long-standing argument has been that the key to understanding Millennials is not to watch their tech use (as a generation, they don’t have the monopoly on tech), but rather to understand their mindset. It’s a mindset that has been shaped by the particular economic and social phenomena that have coincided with their formative years. As a result, they really do face the world of work, face personal challenges and face the prospect of travel rather differently than generations that have gone before. All indicators point to Gen Z extending these traits.

I don’t think Millennial travellers expect or want to be separated from any other age group while on the road, however as I’ve argued before, the Millennial mindset does produce a rather different type of traveller. That’s why in my view, companies like Air France need to cut down on the Millennial schmaltz and be more up front about their plans for facing the future.

For more intelligent resources on Millennials, feel free to browse my website.

My Tweets
Join 774 other followers