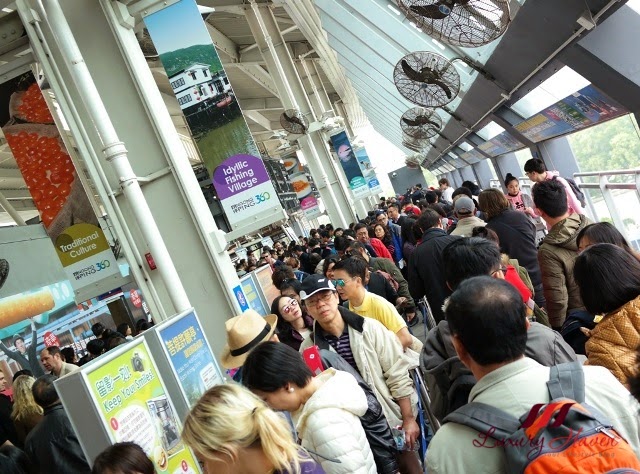 The problem of overtourism is being intensified by bad behaviour. Will this just continue to get worse, and what can destinations and visitor attractions do to keep the peace?

This is the second of three posts which will deal with the consequences of tourist overcrowding or ‘overtourism’ in cities and what can be done about it.

In recent years, each peak tourism season in Europe’s most popular city destinations has 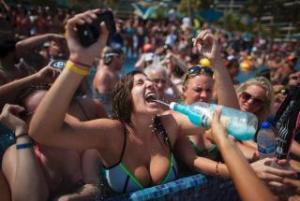 brought with it a higher tide of tourists, frequently peppered with stories of scandalous behaviour and exasperation by local residents. In some cities residents have even set up protest groups to pressure local authorities and raise awareness about the impact of tourists on their daily lives. This has gained them much exposure in the local, national and even international press, and probably caused some embarrassment for the authorities concerned.

All of this matters for the tourism industry as overcrowding risks disappointment for visitors (in a survey of tourists in Barcelona this year, 58% thought that there were too many tourists in the city) damage to the destination’s brand, and confrontation between local people – some of whom gain a lot from tourism and some of whom suffer as a result of it. When temperatures soar and visitors fill the streets it’s logical that local people will ask ‘where’s the limit?’, ‘do we really have to put up with it?’, and ‘what can be done?’.

In some cases, a cap on visitor numbers, regulated by paid entry by ticket (as scheme started this year by the villages of Cinque Terre in Italy) may make sense. However in the case of large cities, it’s much more difficult to impose a cap on visitor numbers and calm the rising tide of what Hosteltur calls ‘turismophobia’. Instead cities have to work out different methods to control visitor flows and modify behaviour. What is clear is that this is not just a problem for local authorities to manage but one for all stakeholders (residents, local authorities, tour operators) must help to solve.  After all, we’re dealing with people being, well, people, and the question of getting deadly serious with holidaymakers who are trying to enjoy themselves is actually quite a complex one.

When great attractions aren’t so attractive

The question of ‘whose job is it to educate tourists?’ has occurred to me more frequently since I worked on the study Stepping Out of the Crowd, a major piece of research that looked at the implications of future tourism growth.  The report forecasted massive growth in outbound travel from Asia (and China in particular) in the coming years. We took a sample of over 1,000 people aged 16-35 from 13 outbound markets in Asia who had travelled overseas in the past 12 months.

As the graph shows, we asked about visits to popular attractions, and what they most disliked about the experience. The red, orange, brown and yellow bars indicated ‘dislike’ from strong dislike to minor irritation, while the blue bars indicated that they didn’t know or weren’t bothered. ‘Disruptive behaviour by other visitors’ was what caused the most irritation, followed by slow-moving crowds and the risk of crime such as pickpocketing. Other aspects such as waiting in line or having limited freedom to move around also caused irritation, and this was made worse by rude staff. Meanwhile, aspects such as having to walk a long way or pay a higher ticket price or endure long visiting time (perhaps accepted as more inevitable) were more acceptable. You can find the full results by obtaining the report from the Pacific Asia Travel Association.

The sliding scale of bad behaviour

Clearly, when it comes to disruptive behaviour by other visitors, the word ‘disruptive’ could mean a lot of things. In fact, many different actions could be placed on a sliding scale all the way from ‘outlandish and dangerous’ to ‘people being people’. Here’s my sliding scale, starting with the worst:

Aside from people just being people, it must also be said that the problems of bad tourist behaviour can sometimes be linked to certain kinds of businesses and activities that operate in popular tourist hubs, such as beer bikes, Segway tours, pub crawls or the proliferation of certain types of ‘trashy’ or more down-market stores that are not linked to the traditional image of the city.

So, as we can see, the problems associated with overcrowding and bad tourist behaviour are quickly becoming more diverse and challenging for destinations but one thing is clear: this is something that all types of destination –whether they currently suffer from congestion or not- will have to plan for, and tackle in an intelligent way so as not to damage a significant stream of income for their local economy. In my next post I’ll talk about some interesting ideas on how to do this.